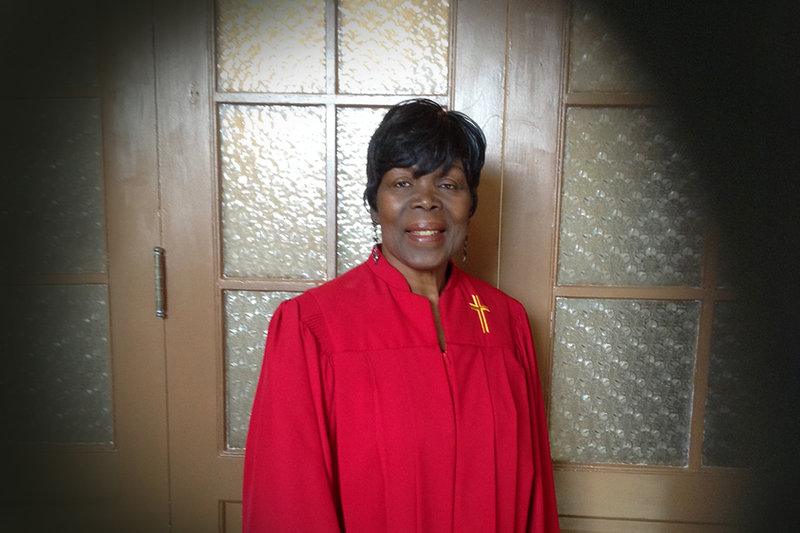 While 2020 has been a year of unprecedented change and adapting to new normals with the novel coronavirus, another incident captured the world’s attention: the horrific murder of George Floyd. This tragedy led to nationwide protests that soon spread across the globe and brought the hard conversation of systemic racism into the forefront like never before.

When Ambrosha first heard the news, she felt a physical reaction in her body, especially as a woman of colour. “When I looked at that picture of the cop with his knee on George Floyd’s neck, I’ll be honest with you, I could not bear to see it,” she recalls. “Everything was coming up from my stomach, I could not stand to see. I just had to wonder, what kind of a human could do that to another human? Except that the person whose neck he is kneeling on is not actually seen as a human being. That tore me to pieces.”

Taking it a step further, she felt a visceral fear for her own son and grandsons.

“I have a son who is going to be 50 in a few months. He is a dad. My oldest grandson is 22 and the others 16 and 13 and I can just imagine those guys going down the street with a hoodie over their heads in the wrong neighbourhood or just driving down the street, and the police might pull them over for no reason other than the colour of their skin. That has me asking, why? Why? Why would the police, who are put in the position of protecting these young men, actually be their enemy and cause harm to them?”

Ambrosha speaks of the daily fear she lives with as a result. “I constantly fear. I fear for my son. My son is a very responsible man, but if he is not wearing his uniform for his job, he could be pulled over just like anyone else, so I fear for him. I fear for my friends’ children. I fear for everyone who is not white. We don’t have to do anything but have someone look at us and say, ‘I don’t like you because your colour is different.’”

Similar recent deaths in the black community continue to painfully resonate with Ambrosha. “Four hundred years of slavery cannot be swept under the rug,” she mentions. “The pain is there, the hurt is there and the injury is there. They are our ancestors, but we are still feeling the effects of slavery. We may not have the literal chains around our necks and the shackles around our feet, but the rules and laws and treatment are just the same torture as those chains and shackles. They are saying to us, ‘You do not deserve to be treated like a human being.’”

When the news of Mr. Floyd’s death began dominating the news cycle, Ambrosha received a call that met her right in the midst of her fears and hurts. “Our church group had been doing our Wednesday evening Zoom prayer meetings, and in the middle of what was going on in George Floyd’s tragedy, my pastor noticed my whole demeanour had changed. I’m usually a cheerful, happy-go-lucky person, but I was very sad that particular evening. After that meeting, my pastor called me and asked, ‘How are you doing?’ That meant so very much to me. At that point, I could have a conversation with him. I mentioned to him a few of the things that affect us as a black community. After the conversation I sent him an email saying, ‘Thank you for asking, thank you for understanding.’ I felt that someone cared.”

Questions and conversations, Ambrosha says, have been missing in the evangelical community. “When the pastor goes to the pulpit, he sees in the congregation Asians, indigenous people, black people, and white people. As a church that is maybe predominantly white, when a situation like this occurs, pastors and Christian leaders do need to address it. This is an uncomfortable conversation but a conversation that needs to be had. There are so many of our leaders in the evangelical community who have been very silent on the problem of systemic racism. I am not expecting these leaders to be partial, or to take sides. I’m just expecting them to speak out and address the obvious fact as is seen by the world. The truth should never be pushed under the rug or ignored.”

While Ambrosha has been thankful to see the global conversation on race and the push for equality and justice, she adamantly states that violence is not the answer to violence. “With the black community wanting justice, it has nothing to do with riots. An honest, well-thinking black person wants to live in peace and be treated with respect. The looting and burning down of places and stuff like that we do not condone. When someone starts doing those things, they’re completely off track. They don’t understand what the black community is really asking for. We don’t encourage that, we’re totally against such behaviour. The people who behave that way, they’re of a different thinking and different mindset. Our values and goals are to work toward and live in a productive and peaceful society where everyone is treated fairly. Violence has never been and will never be the solution. We need our authorities and leaders to dialogue with us and try to understand us and work with us to fix the problems. Changes are needed.”

When asked how the church community can be of practical support to their brothers and sisters in Christ who are part of the black community, Ambrosha says it can all start with asking questions and being willing to listen and be educated on the matter. “Don’t be afraid to ask questions,” she urges. “If it’s someone you have a relationship with, it might even be a little easier.”

This is why Ambrosha was so moved to see a response from Focus on the Family Canada president Terence Rolston. “It grieved God’s heart to see what happened to George Floyd and the black and other minority people. I love people and I want to see justice and equality for all people. We all matter to God and should matter to each other. I am thankful for Focus speaking up and using the platform God has given the ministry so effectively not only on systemic racism but other problems that plague our society today.”