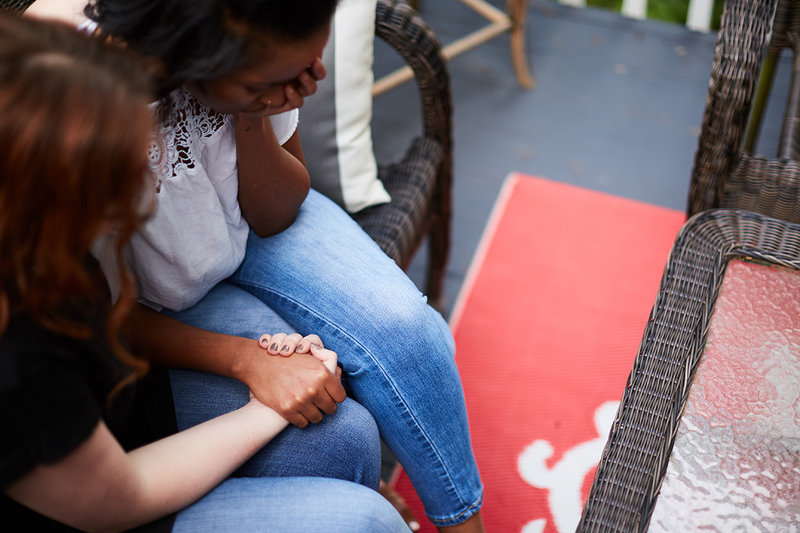 Over these past two weeks, I have struggled to find words to express my thoughts and emotions regarding the horrific killing of George Floyd, and the riots and rallies that have ensued around the world. When I first saw the image of a man kneeling on the neck of another, and heard he was gasping for breath and heard crying, “I can’t breathe,” yet no relief was given him, my heart broke. How can someone be so inhumane? Why did those in authority around him not help him? Why did they not listen? Why did they not care? Why did they act as if unaware of his suffering and dying soul?

I was broken and I felt a stirring in my soul that only grew as I saw the anger and outrage that ensued. What was going on? What just happened?

It took time for me to realize that the anger expressed immediately by so many in the black community was because they understood what I didn’t when I first saw the image and heard the story. They knew because they live it every day – that somewhere deep at the heart of this act was a desperately wicked expression of malice and ambivalence reflective of the horror they face every day of their lives: prejudice and racism.

The inhumanity of the act that took George Floyd’s life would have been enough to stir anger, but it was much more than that. The inaction of those in authority around him reflected the injustice so many in the black community have experienced in regard to their own suffering. The inaction to his pleas for help spoke directly to the disregard they feel every day from authorities who seem unconcerned for their dying souls. The lack of compassion touched the core of their being as they wondered afresh whether anyone cares about their heart. The ambivalence to his dying breath and to the cries from those around spoke loudly to the hollow silence they feel every day to their plight and unchanging reality of life.

I wish I could say I was the first to be angry, but I wasn’t. I was saddened and distraught by George Floyd’s lifeless body, but I didn’t see the bigger picture until those who responded helped me understand that a deep injustice was symbolized in his death, and the world needs to finally pay attention to the pain and suffering it is causing. Prejudice is evil and we should be angry at its existence and at the ambivalence to its destructive ends.

I have been searching my heart and asking God to help me understand what to do and how to think rightly about the depths of prejudice and racism that exist. I want to love the Lord my God with all my heart and all my mind, and love my neighbour as myself (Matthew 22:37-39). I want to have the eyes of God to see what he sees, knowing he doesn’t look on the outward appearance but looks at the heart (1 Samuel 16:7). I want to be angry at prejudice and every callous disregard for the worth of each human person and the life God has given them. But I want to be angry and not sin (Ephesians 4:26). I don’t want to voice words or take actions of tokenism to such deep suffering, like those who offered our own Lord sour wine as he died on the cross (Psalm 69:21) instead of repenting of heart and realizing their sin was the cause of his suffering.

Oh, may our Lord help us understand that at the root of every evil is sin and that we, like our Lord, must stand against injustice of any kind, and with equal fervour demonstrate compassion, understanding, grace and love to those broken and suffering from its consequence.

Our Father, please help us. Please lead us to a compassionate understanding of those who are suffering from prejudice and racism, and please grant each one of us a greater understanding of your love, forgiveness, righteous anger toward sin and our desperate need of your saving grace! For your glory Lord! Amen.