This Christmas give families the hope of Jesus DONATE TODAY.
Topics
About Us Who We Are Services Our Team Join the Team Listen FAQ Contact Us
Give Reasons to Give Why Focus Canada Impact Stories Financial Accountability Ways To Give FAQ
Helpful resources Request prayer Speak with a counsellor Our services Helpful resources Free magazine Listen Change of address form
Get Involved Pray for us Share your story Make a donation
Support Focus 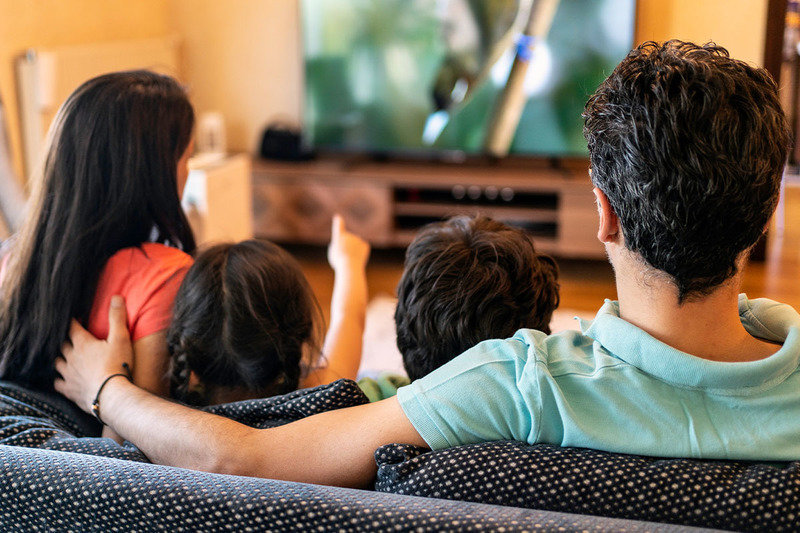 As a father of eight children, Dean says it has always been a struggle to find entertainment everyone can enjoy – and even harder to find something appropriate to watch.

“It’s becoming harder and harder and you just have to be vigilant as a parent,” Dean says. “There are times when we watch an episode of a new series on one of our streaming providers and it looks great, but three episodes down the road, something comes up and we realize, no, there’s an agenda here and we’ll have to be a lot more vigilant.”

Thankfully, he’s always had a place he can turn: Focus on the Family.

From his family’s early days with Adventures in Odyssey, Dean and his wife have come to know they can trust resources connected with Focus and that his kids won’t encounter content harmful to their family. “I don’t have those kinds of fears and trepidations with the Focus resources I’ve encountered,” he says.

Dean was especially thrilled to hear about Focus’ recent Clean Comedy Night with Matt Falk. “It’s a time when negativity and fear and all this other garbage is being peddled like it’s air, and we needed something not only meant to make us laugh but something that we could know was actually going to be good for our family, a positive influence and a positive way to spend time as a family.”

With the kids’ ages ranging from 16 to four, Dean says it’s hard to find something they’ll all actually enjoy and listen to. “In our big family, there are always moments where there is laughter,” he adds. “Is comedy a part of it? Not as much as I would like, because I find a lot of the comedy that’s out there isn’t really family-friendly comedy.”

That’s why he was so pleasantly surprised that Matt Falk’s routine resonated with everyone. “[Matt] reached everybody that was old enough to understand what he was saying, and they all enjoyed it, which was wonderful.”

To those who generously donate to Focus on the Family Canada and make it possible to enjoy programs like Clean Comedy Night at home, Dean has this to say: “Thank you for supporting family-friendly content and activities. The world needs so much more of it.”

*Image shown above is a stock photo