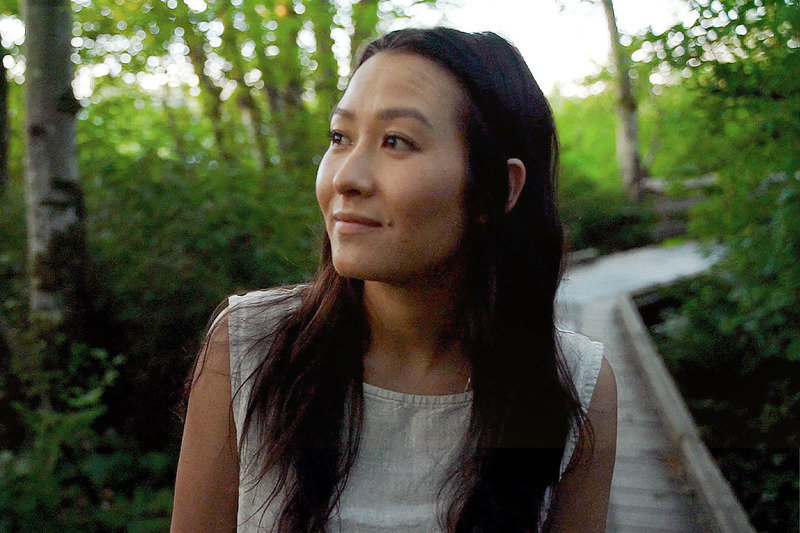 Skylar grew up in a Christian home with parents who loved and respected each other. Because she had never witnessed abuse or trauma in her own home, she didn’t foresee either of these in her future relationships. “For people who come from good stable households, how could you ever end up in abuse?” she recalls thinking. “Abuse seemed like something that happened to other people but would never happen to me.”

When Skyler was 19 years old, she entered into a relationship with a man from work who was eight years older. “Right out of the gate, we were in a power dynamic situation that I was not even aware of,” she says, especially as it grew out of a genuine friendship. “Slowly over time when you’re building a relationship with someone who is so much older than you, and they really flatter you, they really make you feel like you’re the most important person in the room, that you really value their opinion. You want to be around people who seem to value you.”

Even as Skylar learned that he was involved with other women during their relationship, he would always reassure her that she was the most important thing to him, yet they didn’t go public with their relationship. “He didn‘t act like I was his partner or his girlfriend,” she says. “That went on for a really long period of time, until maybe year four. I didn’t really notice it at the time. I couldn’t pinpoint anything specifically that I thought was super manipulative and he had an explanation for everything.”

For example, he always needed to know where she was, but because he wasn’t controlling things like what she wore, she didn’t see it for what it was. “It always sounded endearing,” she says. “Like he really cares about my day. He cares about what I’m doing. He cares about where I’m going. He cares about who I’m with.” These apparent concerns, though, led to more controlling behaviour. He drove Skylar and her best friend apart, not even allowing them to speak. “I had to cut off that friendship, which was absolutely devastating,” she recalls.

Feeling more and more isolated, she sought out a counsellor who recommended a book about narcissism. “Once I started to see it, I couldn’t unsee it,” she says. “I started paying attention to the things that were happening in the conversations that we were having.” Following this, Skylar confided in her pastor. She showed him the texts and emails from her boyfriend. “He said to me, this is abuse.”

Her boyfriend then started getting physical. First, he held her arm tightly, then she found herself shoved against a wall, and then she was held by her neck against a wall. “That was the moment in the end where I was like, this person might be able to kill me.”

After each of their break-ups, he would come back, making promises and making her feel important. She would believe it would get better, but it never did. “You’re just stuck in this cycle,” she explains, “and when you’re stuck in that cycle, my counsellor explained to me it is the equivalent of being addicted to drugs because your body is going through a chemical reaction over and over and over again. So you get addicted to the high and then the low is so bad that you’ll do anything to make it stop.”

Therapists have identified four distinct phases to the abuse cycle: tension, incident, reconciliation and calm (or what some refer to as a “honeymoon”). Most abuse victims (both women and men) suffer through multiple cycles of abuse before deciding to get out. For Skylar, it took 10 cycles over multiple years. “I couldn’t see the power dynamic,” she recalls. “I couldn’t see the manipulation. I couldn’t see any of that until it was shown to me and just God placing individual people in my life at like the perfect time.”

When Skylar finally left the relationship, she surrounded herself with people who loved her and walked with her, including her best friend who had been cut off. “I think [revealing the truth] to people you trust is really important,” she says. “That that was what brought some of the freedom, and then when you taste a little bit of the freedom, you want more of it.”

Even though Skylar saw through the lie that the relationship and abuse were her fault, she still found herself dealing with layered, complex grief. “I invested myself in a relationship that was going nowhere,” she reflects. “It meant a lot of grieving for the future you thought you were going to have.”

Skylar recognizes the importance of therapy and the continual work needed to heal from her trauma. But more than anything, leaving the abusive relationship helped Skylar rediscover her relationship with Jesus.

If you are in an abusive relationship, go to a safe place and call an emergency helpline. You can find a full list of helplines and shelters across Canada at EndingViolenceCanada.org. If you are in immediate danger or fear for your safety, please call 911.

Are you concerned that someone you love might be in an abusive relationship? Reach out to our counsellors. Call 1.800.661.9800 weekdays from 8 a.m. to 4 p.m. Pacific time to book a free one-time phone counselling consultation and/or to get a referral to a counsellor in your area. For more information, visit FocusOnTheFamily.ca/Counselling.