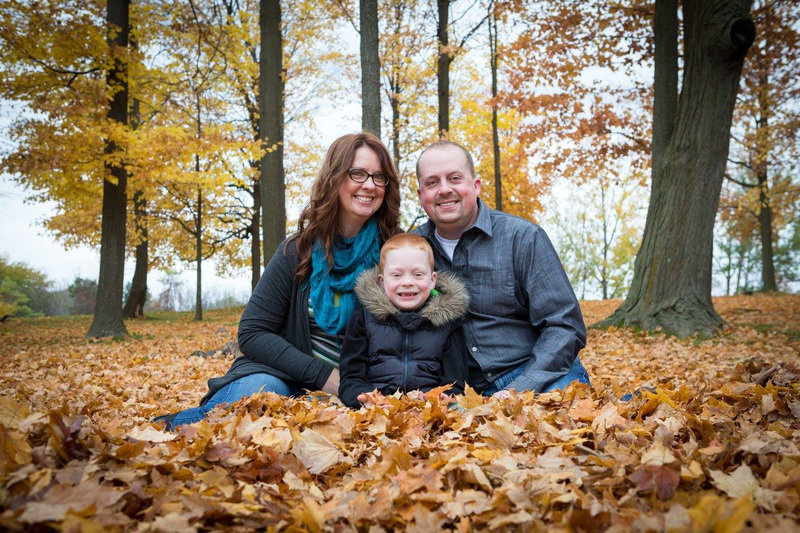 Several years ago, Janice’s family was blindsided when her sister decided to leave her husband of over 20 years. “My family was devastated,” she recalls. “I didn't know where to turn for resources on how to deal with this or what to even say to her.”

But then she called Focus on the Family Canada.

After speaking to someone on the phone, Janice started listening to past episodes of the Focus on the Family Broadcast.

“I knew about Focus, but it wasn’t on my radar because I wasn’t married and didn’t have kids,” she explains. But soon she was listening to broadcasts that spoke into her situation and sending them to her family. “It was a really great resource at a time that I needed it. I latched on to the website [articles], broadcast, magazine, everything. I didn’t know it at the time, but I needed those things to prepare me for what was coming in my own life.”

“At the same time of [my sister’s] marriage breaking down, I had met someone and our relationship was just developing.”

That someone was Devin, the man who would eventually become her husband – as well as Cody, his six-year-old son who would become her son.

“God knew that I needed to prepare myself to be a wife and mom.” she recalls. “Even just figuring out what it meant to be a step-parent, was totally foreign to me, [Focus’ resources helped me with] learning about how families are put together.”

“[I] struggled a bit in the beginning because sometimes I felt like Devin was putting Cody first,” she explains, “and that’s totally understandable.” But thanks to the broadcasts she’d been listening to and articles she’d been reading, as well as resources like our Ready to Wed book, she was able to learn how God intended marriage and parenting to be. “God designed man and woman to come together – they initially enjoy that relationship and then the kids come. When the kids leave home, we are still left with each other. So it’s got to be in that order. God, spouse, kids. Once I described that to him, he got it and really came on board with that.”

Now they’re not only able to set an example of a healthy marriage for their son, they’re also able to be better parents who are on the same page.

One thing Janice noticed was that Cody needed something to engage his faith. So she introduced him to Adventures in Odyssey. “Now Cody listens to them as he goes to sleep at night, and he’s learning really important stuff. He’ll come up to us and say, ‘Oh yeah, I heard that from Eugene,’ like it was his friend.”

Another way Focus helped Janice as a parent was through our recent email about Over 18, an eye-opening documentary about the danger of pornography for children. “It was very informative as a parent and we even shared it with Cody’s biological mom so she is aware of the dangers of Cody being online,” Janice explains.

Because of the support of friends like you, we’re able to be there for people like Janice – helping them through life’s difficulties and empowering them to build a family that thrives.

“I definitely count myself incredibly lucky, as I don’t think every stepfamily has what we have. We see God just woven right through every bit of it.”