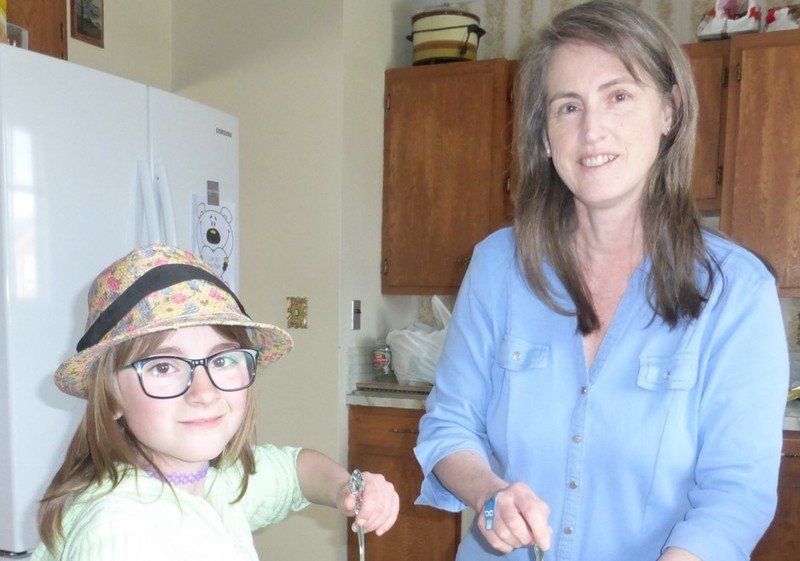 In 1983, a young single woman heard a Focus on the Family Broadcast and a seed was planted. For the next 35 years, Tammy became a regular listener. From single life to married life, parenting to grandparenting, Tammy has turned to Focus on the Family Canada time and time again, resulting in even more seeds being planted and taking root.

For three and a half decades, Tammy has been turning to the Focus on the Family Broadcast for help and advice as a mom, as a grandma, as a wife of 32 years and most importantly, as a woman of God.

“I have been listening to Focus on the Family broadcasts for 35 years and because of them, have grown deeper with God, been made more aware of issues in the government and action needed to be taken, have been challenged in my attitudes [about] finances, life and marriage,” Tammy explains. “[I’ve been] encouraged to do well as a wife and mother, and [I’ve] received encouragement. Those programs helped me prepare for marriage and maintain it through many difficult challenges.”

Not only has her daily listening to the broadcast encouraged and empowered her in every aspect of her life, but the regular phone calls she has received from us over the years have often been at God-ordained moments.

“These calls seemed to come just when we needed prayer the most,” she recalls. “It amazes me that such a huge organization would take the time to care about one person and her family.”

During these calls Tammy would often be informed about counselling that was available, something she never thought she would need. Little did she know, this was yet another seed planted for a moment when she needed to reach out for counselling.

This moment came after a second surgery for a medical diagnosis followed by a court appearance five days later against her daughter’s abusive ex-partner. As Tammy explains, “Feeling overwhelmed by everything, I called [Focus] and asked for counselling. Talking and praying with the counsellor really helped me get through that difficult time.”

Purchasing resources for her children, and now her grandchildren, is another way seeds have been planted in her family because of Focus on the Family Canada.

“Our children grew up listening to Adventures in Odyssey and reading their respective magazines.” Tammy recounts. “Now our two granddaughters are doing the same. They get excited when [the magazines] come and sit down and read them right away.”

And Focus on the Family Canada is still here for her as she and her husband deal with new challenges such as job loss, the death of a parent, a college graduation and a new job transition.

“The foundation built over the years from Focus, in resources, counselling, prayers, etc., is what is keeping me together.”

Because of the faithful support of friends like you, seeds that have been planted over the past 35 years have grown and forever changed the life of Tammy, her husband, her kids and grandkids.