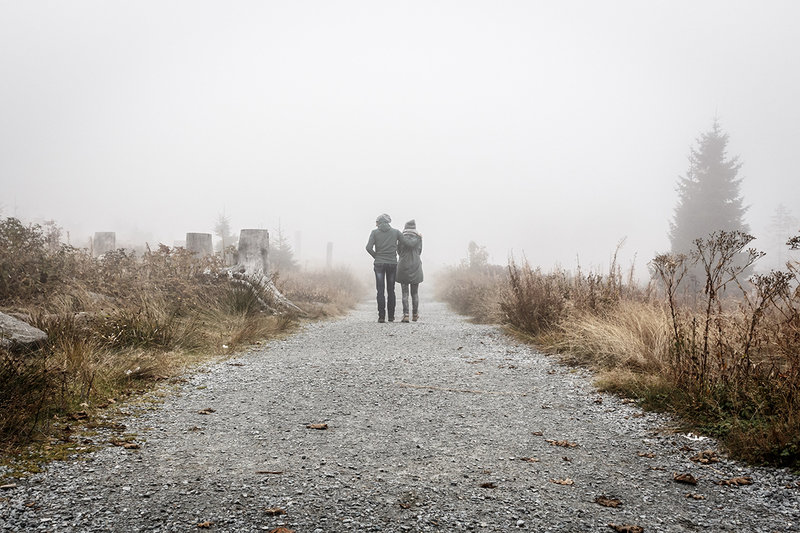 After nearly 30 years and raising three children together, Jackie* and Timothy* came to the difficult realization that their marriage was in trouble.

“Things were quite strained. Communication was kind of at a standstill,” Timothy admitted. “Our interactions were very general, not sharing any details. We kept it short and just exchanged information rather than thoughts or opinions. We had our own separate lives and social circles where we would more or less avoid engaging with one another. We even kept vacations separate. It was just essential communication.”

Jackie painted a similar picture of their relationship. “We’ve been married 27 years and had some really good years and some harder years,” she explained. “But this was the first time it got to the point where we were considering a full separation. We were distant and uncommunicative, living like roommates. And if we did try to talk about something, we went round and round on issues, not resolving them. There was no physical touch. Each of us living our separate lives in separate rooms. Long-term disappointments and miscommunications that got to the point of being really disenchanted with each other. It was death by a thousand cuts. We didn’t bring out the best in each other.”

It was at that point that Jackie knew they’d have to take concrete steps if they were going to save their marriage, and she suggested they attend a Hope Restored intensive.

“On our anniversary, I said, ‘So what’s the plan? Are we going to take care of something for us, or are we just going to live in misery?’ We decided Hope Restored was the best option for us.” She continued, “We’d both attended counselling before and thought it would be best to get away from the everyday distractions rather than going an hour every week. I don’t think either of us wanted to end the marriage, but I think we were both tired of living the way we were. Ultimately we wanted to keep our family together and save our marriage. I was really nervous, skeptical of what could be offered, but hopeful we’d be surprised.”

Timothy was hesitant at first. “I’m not the extrovert that Jackie is. I had all kinds of inhibitions about being in the group setting of Hope Restored,” he explained. “It takes me a long time to engage or open up with people. I really was not looking forward to that. Going into it, I thought it was going to be brutal having to share parts of my marriage and my deepest thoughts with strangers.”

It wasn’t long, however, before Timothy found his initial misgivings put to rest. “After the intensive, my opinion about the group setting changed. When everyone started spilling their hearts about what they were going through, I realized there were advantages to seeing these couples who were struggling in areas that were far more challenging to work through than Jackie and I. And yet they were still here. The counsellors just did a fantastic job in creating a safe environment where it felt safe to share and open up. I think it helped promote honest and open discussion, which melted my fears pretty quick.”

Jackie felt the same, coming away from the retreat with a far more hopeful outlook on their marriage than she’d had before. “Going into Hope Restored, I felt we were at a 2 out of 10 in our relationship. Leaving we were more like a 6 in our relationship, maybe a 7. I felt we could better manage the difficulties that we would face. I felt more connected with Timothy, that we were in it together. It wasn’t a solo journey. We recommitted ourselves to working through things together. I felt like it was a springboard for the trajectory that we were looking to make.”

Even so, as they left Hope Restored, both Jackie and Timothy felt a degree of apprehension about going back to their everyday lives, facing the issues in their marriage they still needed to address. But at the same time, they were optimistic about the strategies they’d learned to address those issues and eager to put them into practice.

“We were both definitely nervous to go back to our distracted lives,” Jackie admitted. “But we plotted out on the calendar different commitments to each other, like date night or communication days where we would address some of our outstanding issues. What was different now was that we had prioritized a desire to focus on things moving in a positive direction, not avoiding topics that were irritating. We’re working with counsellors now to help us get over these last hurdles. I feel that we’re on a good path, that we can work through these issues with additional help, and that we have the tools in our toolkit that are certainly helpful. ”

Timothy shared the same hopeful attitude about their relationship going forward. “The biggest difference was being able to re-engage with some of the deeper discussions, with the romance of marriage, the relational side of marriage,” he concluded. “Rather than someone you’re putting up with, you’re with someone you’re engaging with and you’re enjoying being with that person again. We’re talking about more substantive things, more intimate things, things that require more effort and sharing opinions rather than just fact-sharing. We haven’t arrived by any stretch, but there is a very noticeable difference in the things we are able to communicate in our day-to-day journey together. Hope Restored opened the door to looking at the possibilities of what’s ahead, what it could look like.”

You can visit Hope Restored online to find out more about the program.

**Image shown above is a stock photo