Hope Restored helped this couple learn to hear one another 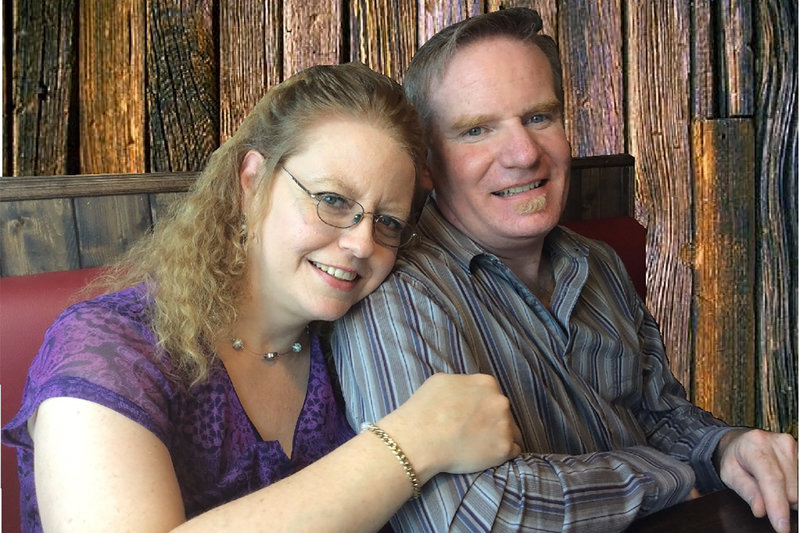 Ross and Tina served in ministry for years, and since the mid-90s Focus on the Family played a large role in their lives. They enjoyed the broadcasts and articles, and their kids were fans of Adventures in Odyssey. Ross and Tina prayed together and did Bible studies to enrich their family. But even as their ministry thrived and they appeared a perfect family from the outside, the inner life of their marriage was a different story.

Then in 2008, when their marriage looked like it had unravelled, Focus provided a lifeline.

“I was a very busy youth pastor,” Ross recalls. “If you were to put my ministry in a nutshell, I was the Bob Vila of youth pastors. I would be asked by pastors with struggling youth ministries in their churches, to come alongside them, evaluate the ministry and work with them at bringing a more healthy and vibrant youth ministry to their churches and area. To breathe life back into them. I was so focused on ministry that I wasn’t balancing my marriage, even as I talked with other young pastors about the importance of marriage. My marriage was suffering because of it.”

Ross felt consumed with the stress of ministry, Tina fell into a depression, and their sole focus was trying to hold things together. “Our marriage was hit in a way where I was ready to walk away,” Ross admits.

Nearing a breaking point, Ross cried out to God for how to save his marriage, and God replied in three ways. “The first thing was that God reminded me of John 3:16 and I couldn’t get past the part ‘that God gave,’ that he gave of himself unselfishly, so what am I giving to my marriage? Am I placing conditions on my wife or am I giving myself 100 per cent unselfishly?”

“The second thing, I was reminded of the Scripture, ‘What God has joined together, let no man separate.’ We say it at weddings, and we use it in the context of extramarital affairs and other relationships, and yet the funny question that came to me was, am I ‘a man’? ‘Ross, are you a man?’ I’m not supposed to let my stuff come between me and my marriage, the wife and husband aren’t supposed to stand in the way of our marriage growing.”

“Finally, God reminded me of 1 Peter 3 where he says, ‘Husbands, honour your wives so that your prayer may not be hindered.’ This had me thinking that, prior to this, I had thought my wife was in a spiritual funk, and it felt like my life was spinning and not going anywhere, but then I knew what was holding my marriage back. I walked into the room where my wife was and said, ‘Forgive me for not being the husband I should have been.’”

They confessed their love and knew they needed to put God back at the centre. Ross began looking where to turn, and he came across the Marriage Institute, now known as Hope Restored. Through the generosity of donors in addition to raising half the funds themselves, they were able to attend a marriage intensive. Ross reflects, “You ask God for the best and you get the best, and it completely turned our marriage upside down.”

Twelve years later, they still put the teachings of Hope Restored into practice when counselling other couples, and Ross says he learned to hear God speak through Tina. “Knowing that she is a big part of who I am and what I do, I asked God to use her to confirm if decisions are right or not,” he explains. “I consider my wife my barometer. I will see what she thinks, and if she is in agreement with it, then I push forward with the thought of where we go from here. If she is not in agreement, I say okay, what is something that I may have missed? I believe that God wants us working together and he puts a couple to be as one, not one leading, but as one.”

Tina agrees this shift made significant changes in their marriage, and their renewed unity came from them both agreeing to do the needed work. “It does definitely help if you both are willing to go beyond just giving up, because one person doing it doesn’t work. It wouldn’t have worked with us if I didn’t make up my mind to make it work. I was probably more at fault because I was ready to leave, and Ross was just trying to save our marriage. But his constant pursuit of me helped me see that it was worth it.”

She adds that one of the great strengths of Hope Restored is showing couples they’re not alone in their hurt and struggles. “It’s not just you and your husband,” she explains. “It’s other couples and you see what they are going through, and you have two leaders who help you see things in a different light and what you can do better.”

Ross often reflects on Hope Restored when he’s counselling other couples. “I think communication is probably the biggest breakdown in all marriages,” he says. “A lot of times we may be saying the same thing in different languages but don’t understand what the other person is communicating.”

Ross and Tina continue to be open about how their marriage was turned around through Hope Restored, and they want struggling couples to discover that same hope.

“It’s not about you being in a room of people who will judge you and all your skeletons,” Ross explains. “They want to help you communicate better with each other. It’s not about laying blame, it’s about how to understand each other better and communicate better so you can hear what the other person is saying. Why not try the thing that might make all the difference in the world? If you knew right now that when you came back from the intensive, your marriage would be 200 per cent, would you do it? My wife and I, we are the product, we tested it, and it proved itself.”

“It’s an investment into the life and marriage of somebody,” Tina adds, noting that these donations have far more impact than one might think. “Don’t look at it as a monetary donation, but as an investment in the hope that someone’s marriage could be restored.”