Focus was a friend this woman could always depend upon 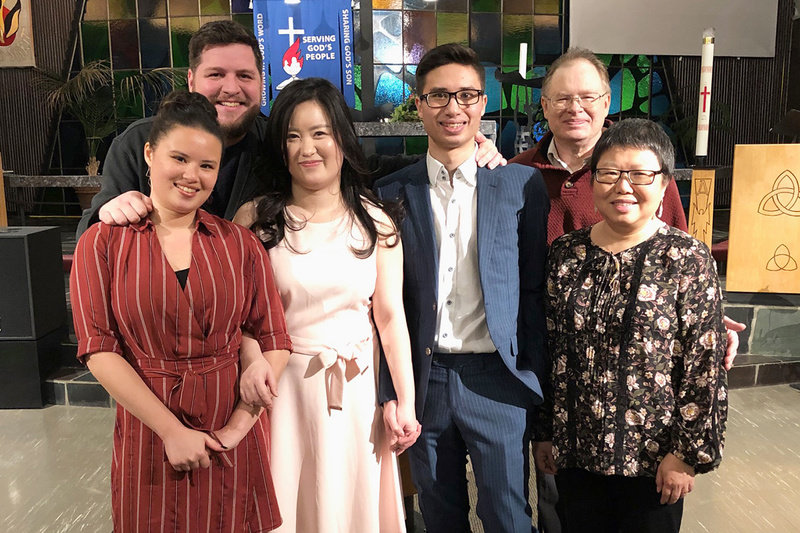 When Connie and her husband first got married, they realized they each brought unique histories to their relationship, which led to some challenges. “It's one thing to date and another thing to be married,” she says, recalling there were some struggles at the beginning. She wondered where she could turn for some guidance. “One of our friends said, ‘Oh, you should check out Focus on the Family.’”

Her friend’s suggestion added to Connie’s familiarity with Focus which had started when her family put Focus on her radar during her newlywed years. Connie then subscribed to the Focus on the Family magazine.

“One of the articles I remembered was when you fight with your spouse, fight fair,” Connie says, adding that the articles helped her and her husband in their marriage when they moved far away for his work. “I learned how to argue with my husband and to fight fair, and not to repeat what my parents did. I’m not blaming them for anything, they did the best they could. But you learn that behaviour and it comes into your own marriage, and you just don’t know how to deal with it because you’re living together now, there are issues, and his background is different from mine, so how do we deal with this?”

Connie grew even more familiar with Focus through the church which they attended after their big move. Their minister didn’t have a huge team to support the families in their congregation, so he brought in resources from Focus to offer them. “He had a lot of Focus on the Family material for the congregation to read, and the church was very supportive of Focus on the Family,” Connie recalls. “The church was a big supporter of Focus.”

Focus continued to impact Connie’s marriage through the materials provided by their church. After having children, Connie and her husband became missionaries and moved overseas. “We went over to Japan and we were again supported by articles from Focus on the Family, so Focus really was a big part of our lives,” she says, adding that their children also loved the programming from Focus.

As the years passed and Connie experienced significant stress at work, she felt the physical toll in her body and knew she needed to talk to someone. But she wanted someone she could trust, which brought her back again to Focus on the Family. “I had always seen that Focus offered free counselling sessions and I have always recommended that to friends that needed it, and I thought, I’ve never had counselling from Focus before, why don’t I ask?”

Connie phoned the office and after her initial free consultation, was referred to a local counsellor. “She listened to me,” Connie says of this counsellor. “She was recommended by Focus and because of my relationship with Focus – I trusted them and I still do – I was open to what she had to say and that kind of gave me encouragement to continue taking care of myself at that point.”

Looking back at how Focus has impacted her and her family, Connie extends her sincere gratitude to the donors who make the ministry possible. “God is being honoured when we are generous to people we don’t know,” she says. “I think God is going to honour that, when we trust God with what he has given us, and we choose to give back to Focus because of how Focus has impacted people’s lives. As we read about people’s stories, it’s obvious that God is doing something there. I am really thankful that there are generous donors out there who don’t even know how their financial gifts are benefitting people.”