Amanda and Bob experienced a marriage-saving miracle through Hope Restored 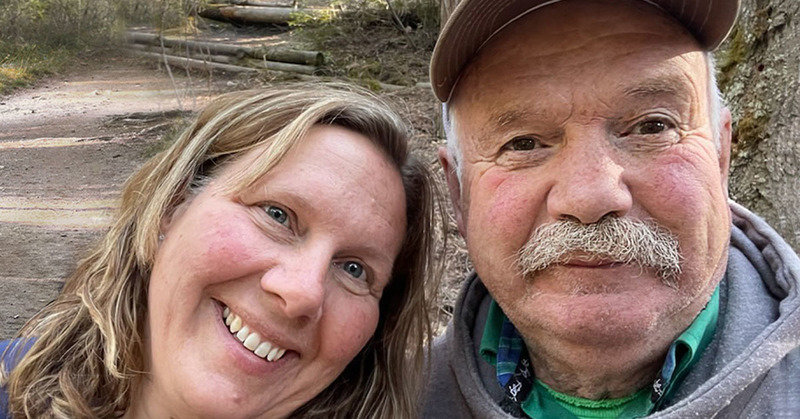 Separated for a year and a half, Amanda and Bob were at a loss in their marriage. There were lawyers involved and papers were ready to be signed. Despite going to counselling and trying to work things out, they kept having the same fights again and again. They didn’t know what else to do or how to make a positive change in their relationship.

“Because I have been divorced before, I had done a lot of counselling and thought I understood how to set healthy boundaries,” Amanda explains. “And yet when I tried to communicate, it was like I wasn’t being heard. I was constantly frustrated and Bob didn’t know what my problem was. He thought things were going fine and he would be completely blindsided. It got to the point where I was like, I’ve done this before, this feels way too familiar, I need to just get out.”

Bob knew that the demands of his life as a farmer and business owner were big stressors on their marriage. “I’m a workaholic,” Bob says. “I was 52 when I got married to Amanda and I spent all my life being a workaholic. So how do you go from 30-something years of always going 24/7 to switch gears?”

While Amanda was ready to move forward with the divorce, Bob was holding out hope. He spoke with his counsellor who told him about Hope Restored. “Bob, Focus on the Family has an intensive program,” he was told, “I think you guys should give this one last ditch effort.” The counsellor asked if it was okay to mention it to Amanda, and Bob said yes.

When Amanda called a couple days later – the first time since they separated a year and a half before – she asked Bob about Hope Restored, but had never been called by Bob’s counsellor. “I would walk every day and pray,” Amanda recalls. “‘I don’t want to try again,’ I said to God, ‘but if you want me to, I will.’ Then I saw the ads for Hope Restored, and I kept throwing them in the garbage. Then I thought, what if there is something there that they can teach us that will help us?”

Sensing God’s hand in orchestrating this, the couple agreed to register for the intensive. Bob and Amanda reached a turning point at Hope Restored. They attended a four-day group intensive, the one most recommended by our therapists. Despite initial hesitation of sharing their “dirty laundry” with strangers, Amanda quickly learned how valuable it was to be able to learn from other people’s experiences. And Bob was encouraged to know he wasn’t alone and that other couples were dealing with the same issues they were.

Over the course of those days, they learned marriage-saving tools and went home with reconciliation as their goal. Even though reconciliation wasn’t immediate, after attending they started to put into practice everything they had learned – and they began seeing the changes they’d been waiting years for. They then reached out to Wayne Reed, one of the Hope Restored marriage therapists, to officiate their vow renewal.

“We had a group of people and a large number were counsellors who worked with us for years,” Amanda recalls. “We wanted to honour their time they spent and show something positive from it.”

The experience also helped Amanda reflect on what she would say to someone who thinks their marriage is over: “Try first. I have been in a marriage that was over, and it doesn’t change who you are and your patterns of relating to people. You just end up repeating your patterns and the same thing in your next relationship. So try to find a different way and save that marriage that you’ve already put so much time and effort into it.”

Bob adds that having these tools earlier in their marriage would have helped them. “If marriages can get the tools they need before they get to where we were – if we had the tools three or four years earlier before things went sideways, we could have saved our marriage but we didn’t have those tools, so things went sideways,” he recalls. “We were done, we were divorced, settling the money was holding us back with our lawyers. And now, we are back and happily married.”