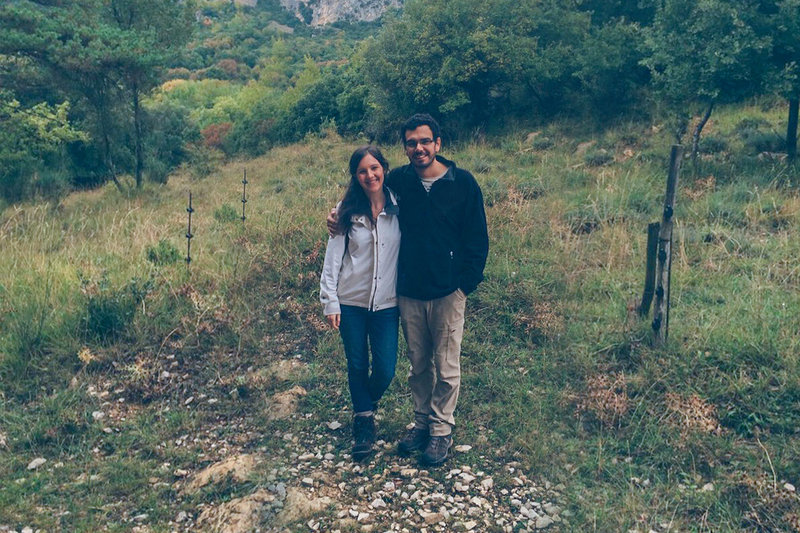 Alex had been serving at a parachurch ministry for a few years, but she was finding it harder and harder to cope. “I was burning out from work,” she explained. “I was physically and emotionally burned out. Every little task I had to do seemed like a mountain, and it was really tough. I was resting less and less and taking on too much without taking care of myself.”

Her husband, Jeff, had been battling PTSD since his teens and was also struggling at his job. “Jeff has had mental health issues for years, and that has been a challenge for our marriage and on his own work,” Alex revealed. “When I stopped working, he had already stopped for a few months. We both were mentally, emotionally and physically burned out from work and mental health issues.”

Both Alex and Jeff knew the importance of rest but found it hard to practice in their own lives. “I was always a big believer in the Sabbath and that God rested from his work on the seventh day,” Jeff said. “There’s something that God has built in that we should take time every week, to actually reflect on the day or the week and not do physical or mental work. But practically, how do you do that?”

Alex agreed. “I had an idea of what rest was, that we are supposed to take a Sabbath, but practically I didn’t know how to live it really. It was more like theory,” she explained. “For me, rest meant stopping work physically but I never thought of Sabbath as a day set apart to just focus on God’s goodness, gifts, creation and beauty. Before, I would take a day where I tried to not work, but still in my head I would think about so many things I had to do, or worry about, or questions about my life.”

It was during this difficult time that Jeff and Alex decided to attend a Kerith Retreat. They knew that Kerith was a ministry of Focus on the Family Canada, and believed in what Focus was doing to help marriages. And since it was a season of questioning the direction in their lives, they felt it was the perfect time to go to Kerith.

Both of them found the experience at Kerith exceeded their expectations. “I was hoping for a beautiful place surrounded by nature, but I don’t think we realized it would be so beautiful,” Alex said. “Before we went, we had to do a questionnaire and personality assessments. We thought there would be some teaching about it, but I didn’t know it was going to be focused so much on rest. It was exactly what we needed.”

“We went outside for a snowshoe walk on the first day, and you can hear yourself think,” Jeff added. “It’s so quiet. When you live in a big city, you kind of forget the trauma you experience from the semi trucks going by all the time, or just driving in traffic. The noise of the city is very impactful on our health, and I don’t think we realize that.”

They also discovered some surprising things about themselves and their relationship. “They have this thing called the Sabbath Box, where you just write down all your cares and put them in this box,” Jeff explained. “If those cares come up on your Sabbath Day, you try to just give them to God and not think about them, knowing that God has it under control.”

“They made for us a very nice dinner on the Sabbath night,” added Alex, “so it was just Jeff and I eating and we had put our worries in the box, and everything we were used to talking about was in the box. We talk about our problems so much!” she realized.

Both Alex and Jeff came away from Kerith refreshed and revived, with a new sense of what it meant to rest and how to practice it in their lives.

“I really felt there was a shift after Kerith,” Alex shared, “where my level of anxiety was brought down completely. It never went up again. I felt more peace than I’ve ever felt in four years, and it’s still there.” She continued, “The Myers-Briggs personality tests that they gave us to do, I learned things about myself that I never understood before. I thought I was an extrovert, and the test showed that I’m an introvert, so I never actually took time by myself to recharge. Since Kerith, I have been doing that and it’s very helpful.”

It was much the same for Jeff. “I think there’s less striving, just focusing on my identity and who I am in Christ,” he explained. “Kerith is a really good place to me because it really refocused and re-stabilized what ‘rest’ is supposed to be like, and to ask if I’m really resting or not.”

For couples in vocational ministry at any level who fear they might be burning out, Jeff and Alex would heartily recommend a Kerith Retreat. “It’s really important to learn how to take care of your soul and your body,” Jeff said. “Sometimes you go through a really hard season where it’s nothing you did wrong but you just need to get away. We’re all unique, but we all need soul rest.”

Alex echoed that advice for any such ministry couples. “Now that I’m more confident that you can rest and you don’t have to strive to survive, I would have more confidence in encouraging them to take a rest,” she concluded. “God is bigger than our worries and he can take our worries if we let him, and you can take time off.”

If you or your spouse are in ministry and feeling burned out – or you know of a couple who is – we invite you to come and rest, be refreshed and renewed by the Spirit of God. You can visit Kerith Retreats online for more information about this program and to see photos of the retreat centres.