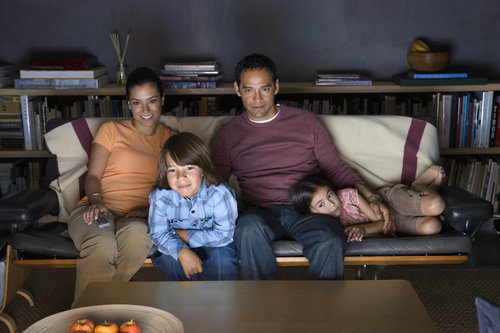 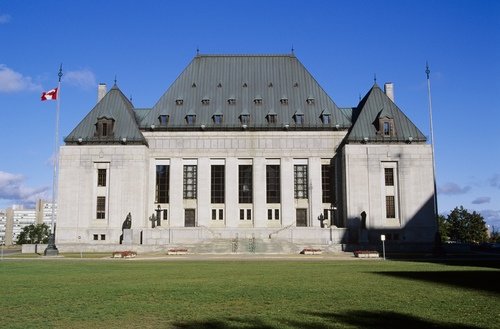 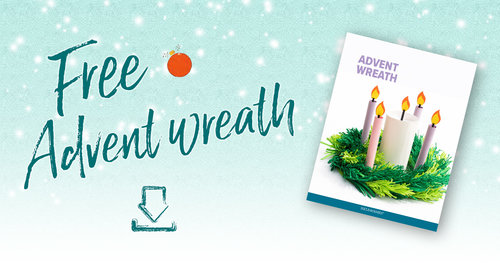 It's not too late to download this free Advent wreath! 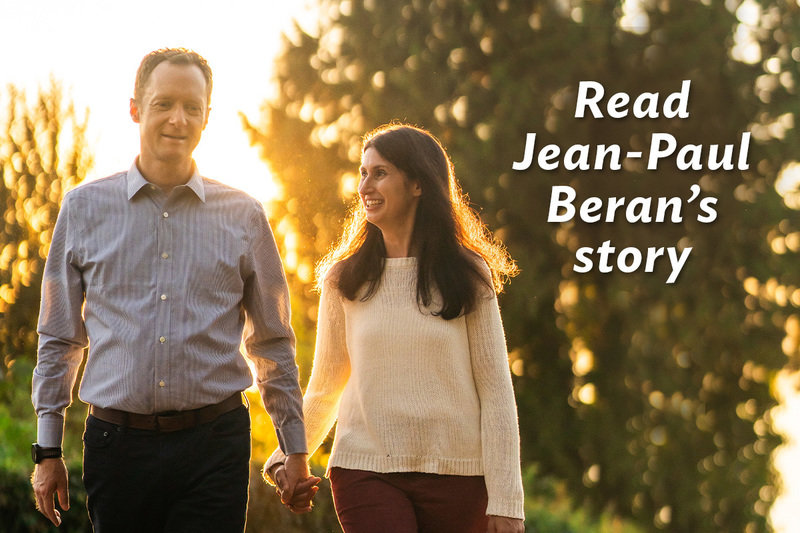 At Focus on the Family Canada, our heart is to help families thrive because we know first-hand how many of us carry burdens from childhood into adulthood. Our family of origin has a huge impact on how we build relationships with others, participate in society and understand who God is, but when our family of origin was not a safe place, we don’t get that healthy foundation – and we struggle with how to break the cycle of brokenness in our own family.

This is something Jean-Paul Beran, Focus on the Family Canada’s new president, knows all too well.

“My heart for the importance of family and serving at Focus on the Family Canada stems from the brokenness that happened within my family of origin,” he explains. “That’s why I’m honoured to come to Focus – to help people who are struggling in their marriage and family relationships.”

As children, we believe our immediate family is normal and we often don’t question if it’s healthy or unhealthy, safe or unsafe. Many of us don’t sort through the patterns we learned as children until well into adulthood. For Jean-Paul, it wasn’t until his first daughter was born that he was confronted with how his unresolved past was determining the person he was becoming.

Growing up with brokenness

“My dad was a very successful businessman,” Jean-Paul recalls, “but there was a lot of abuse, physical and mental, from my father to me in particular and to my mother.”

In addition to abuse, his father’s alcoholism and continuous infidelity resulted in his parents’ separation. Despite his mom waiting for her husband to return, five years passed with no change in his behaviour. After meeting a wonderful man, his mother divorced and remarried – they have been married for over 30 years. As divorce was highly frowned upon at the school she was working for at the time, she was fired and stripped of her pension.

“She turned her back to the Lord from that point forward,” he explains. Because of that, Jean-Paul’s heart also hardened to the Lord. Thankfully when he was a young adult, God opened his eyes to the truth, grace and beauty of a personal one-on-one relationship with Jesus Christ.

As he began the next chapter of his life knowing he was saved by the blood of Christ, sorting through the brokenness of his past did not happen overnight. He was on a challenging journey of discovering who God created him to be.

Sorting through the past

“My dad was an abusive alcoholic, so he has addiction issues and issues with staying with one woman,” Jean-Paul explains. “Growing up, my relationship with him is like any child’s – I thought he was the best. I thought that was normal. Dad has girlfriends, Dad drinks, Dad hits you, Dad yells at you. That’s normal because that’s all I knew.”

As a result, the first year of marriage to his wife, Susan, was very difficult. They were both believers, but they came into their marriage with two starkly different views of marriage and family. “There was fighting every day, yelling – it was just horrible,” he explains. “But again, my background says that’s normal.”

Since they shared a commitment to the Lord, they knew they needed help and found a Christian counsellor to help them sort through the brokenness. By God’s grace, they’re excited to be celebrating 25 years of marriage this year.

As a young Christian still sorting through what he thought was normal, Jean-Paul’s career was similar to his father’s – it revolved around being outgoing with clients and drinking a lot. It wasn’t until his wife announced she was pregnant with their first child that he was forced to question whose example he was following and why.

“I had a one-on-one with Jesus when my wife said she was pregnant,” he recalls. “I got scared and thought, If I’m going to be a dad, do I want to be like my dad? Or do I want to be a father like my Heavenly Father? Which one am I going to choose? It was a hard choice. However, I chose to be more like my Heavenly Father for my family rather than following my own earthly father’s model. I stopped drinking completely over 15 years ago when my daughter was born, and I refocused my career by no longer entertaining clients with drinking. Honestly, I was fearful that my career would go sideways.”

In fact, the complete opposite happened.

When he made an intentional choice to follow in his Heavenly Father’s footsteps, his career took off, his relationship with his wife grew stronger, his friendships deepened, and he could be the father his daughters needed.

“Through that process,” he remembers, “I realized that my role model of a dad that I thought was normal was distorted and I needed to see that my role model is who the Bible says my Heavenly Father is. God is who I strived to be like. Then I could build a Christ-centred foundation in my own family life.”

Being the dad God called him to be

As a child, his father’s career took priority over his relationship with Jean-Paul. When his own daughters were young, Jean-Paul felt God offering a different path – an opportunity to break the cycle of brokenness that can so easily run through our families. He sold his partnership in his firm and became a stay-at-home dad.

“My children got to see me as the dad that does the cooking, the cleaning, the driving to appointments, the dad that they come to when they are going through issues and crying on my shoulder,” he remembers. “It was an amazing experience to build a foundation with them at that age.”

Now that his girls are teenagers, their relationship is different from when they were young, but the most important elements are there – trust, connection and safety. His daughters are growing up in the home environment Jean-Paul needed as a child – an environment where family is priority, where they know they are loved, and where they feel safe to share honestly what’s on their heart, without fear of judgment or condemnation.

“I feel it is so important how Focus helps and lifts up those who are struggling in their marriage and family,” he explains. “Regardless of where they’re at, there are resources for them. It is so exciting that they can say, ‘I need help’ and we can say, ‘I’ve got you.’ As someone who’s been through that, I understand the importance of first having the courage to ask for help, and second being able to help people – not only with prayer, but with practical guidance.”

At the time of this interview, Jean-Paul’s father is in end-of-life care. Since the beginning of this year, Jean-Paul has set aside time to spend with his father at the care facility he’s in, which has also allowed him to give his stepmother a much-needed break. “I’ve been able to spend more time with him in the last year than I have as an adult ever,” he explains. “This has given me the opportunity to heal my own heart and tell him that I love him.”

When his stepmother asks why he’s doing this, he tells her, “Why wouldn't I? Because of my role model being my Heavenly Father, I can be a son to my earthly father as well, without anger and resentment.” By following Christ’s example of grace, love and forgiveness, Jean-Paul’s children are able to have strong relationships with their paternal grandfather and step-grandmother – they call her Babi (Czech for “Grandma”).

As he begins this new chapter with Focus on the Family Canada, Jean-Paul feels Jesus is teaching him to be humble, to be a listener and to practice servant-leadership. He is continually encouraged by the words of Psalm 73:23-24: “Nevertheless, I am continually with you; you hold my right hand. You guide me with your counsel, and afterward you will receive me to glory.”

What do the Berans do for fun?

We live in Vancouver, BC, so in the winters we try to take advantage of the local ski hills, play in the snow and have hot chocolate as often as we can. We’re an athletic family, so I coach my daughters’ soccer team. In the summers, we go out on the water, go hiking and go camping. We have a dog named Luna, so we walk a lot in the forest, at the beach, and through our neighbourhood.

Why do you prioritize dinner as a family?

From day one, my wife, Susan, and I wanted to have dinner as a family every night because we know it is so important to have that time together. Some days are filled with laughter, stories and really great conversations. Other days, we may be tired and the table is quiet – but sitting in silence is good too because it will bring conversation over time.

What’s something people would be surprised to learn about you?

Both my parents are immigrants to Canada – my father is from the Czech Republic and my mother is an Indigenous Venezuelan woman. While I look Caucasian, with blue eyes and ginger hair, I am very proud of my Latin roots. I am also fluent in English, French and speak a little Spanish.

Any words of encouragement for the reader?

This article originally appeared in the October/November 2021 issue of Focus on the Family magazine.

Mully, a new documentary coming to theatres October 4 and 12, tells the incredible true story of Charles Mully’s journey from street child to...

Did you know we have a team of Prayer Partners dedicated to lifting up the needs of not only Focus on the Family Canada, but families across the...